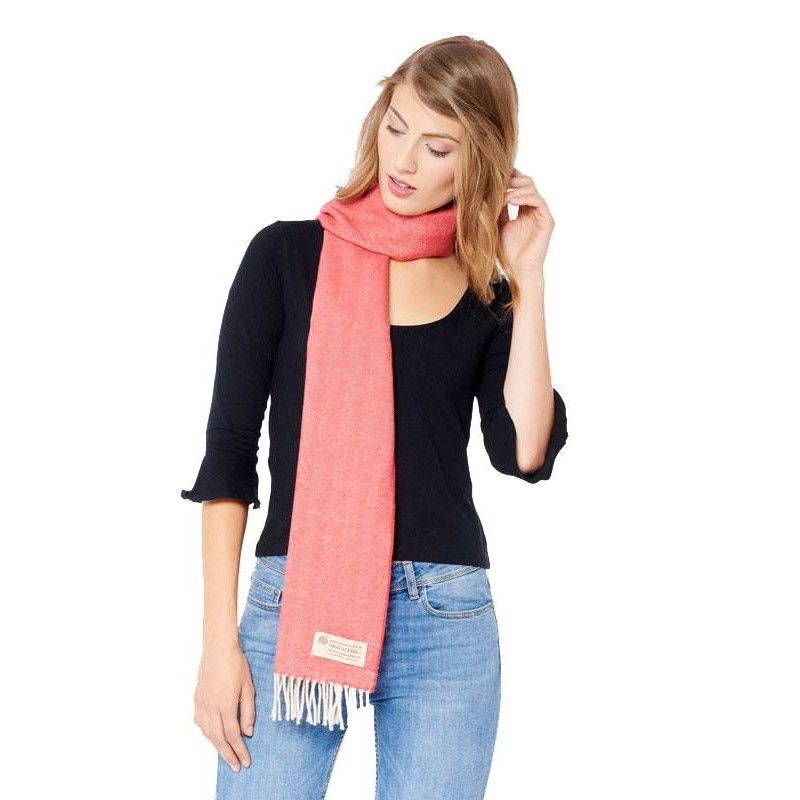 Coral wool Scarf for woman made in the old factory in Grazalema.

Scarves were born in China when the emperor Cheng created a piece of cloth to distinguish his army´s soldiers. Someauthors think scarf was invented in the classic Greece and other authors think tha it was at century XIV or XV. It´s a clear thing: scarves aren´t a creation from this century like a accesory to wear it.

The factory has a museum which holds machinery from the 19th century. It can be visited during working hours from Monday to Friday.

Nowadays, wool is thought of as an ecological material from a natural resource. It is both sustainable and biodegradable while at the same time being renewable each year. The physical properties of wool fibers allow for excellent insulation and elasticity and its chemical components make it breathable and absorbent. Furthermore, we mustn’t forget its historical importance and it has been one of the most valued primary resources by humankind.

We recommend washing Grazalema wool blankets by hand in cold water and using a neutral detergent in a bathtub or similar. Drain the blanket or poncho in the bathtub until it has released all the water completely and in a natural manner. Hand it out at night to avoid the sun. Never use hot water or washers and dryers. The item will become damaged in these cases. Do not beat or rub the item while washing.

Grazalema is town situated in the heart of the mountains of Cadiz and is famous for its weather, its pine forests and the quality of its blankets and ponchos which date back centuries.